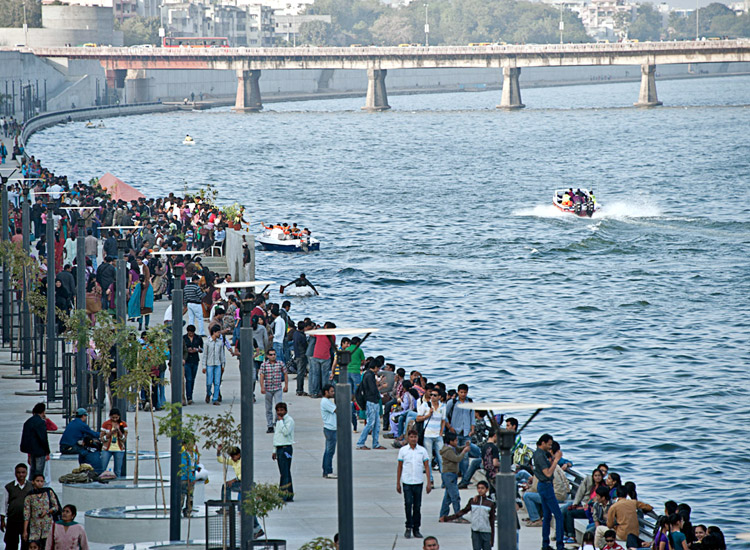 As 2015 winds down, it’s time to start looking forward to the New Year. 2016 is sure to be an exciting and interesting year with plenty of places to see, adventures to experience, and life to live.

To help you start making your travel plans for the upcoming year, here is a list of the top ten places you absolutely have to add to your “must-see” list for 2016:

While anytime is a great time to visit Brazil, in 2016 the South American country is hosting the XXXI Summer Olympic Games.

The country had something of a trial run when it hosted the 2014 World Cup soccer tournament. Now it’s putting the finishing touches on what is sure to be a spectacular Olympiad in one of the world’s most colorful nations.

In 2016, China is scheduled to complete construction of the world’s longest underwater tunnel, which will connect the Chinese cities of Dailan and Yantai. At 76 miles, the tunnel will be longer than the combined length of the second and third place tunnels: Japan’s Seikan Tunnel and the Channel Tunnel that connects England and France.

The $36 billion tunnel took less than five years to build and is actually three parallel tunnels – one for cars, one for trains, and one for maintenance. It is located a feet below the sea bed.

The “City of Lights” will be shining especially bright this summer when France hosts Euro 2016, one of the biggest and most prestigious football (soccer) tournaments in the world. This year, the tournament has been expanded from 16 to 24 teams, with 53 nations participating.

The tournament will be held June 10th through July 10th on pitches throughout France.

In 2016, the Russian space group Energiya is scheduled to launch the world’s first hotel in outer space. The project, which is being organized in conjunction with the US firm Orbital Technologies, will allow up to seven civilian guests to stay in luxury accommodations that are literally “out of this world,” including spectacular views of the Earth and elaborate meals created by celebrity chefs.

The outer space hotel also will serve as an emergency lifeboat for astronauts from the nearby International Space Station, if necessary.

In 2016, this normally sleepy desert town will attract the world’s attention when it becomes home base for a new service that allows passengers to board specialized hot air balloons that can travel up to 20 miles into the atmosphere.

Unlike traditional hot air balloons, this one won’t feature a wicker basket. Instead, up to eight passengers will be in a special capsule that is large enough for them to walk around and enjoy the view. It also features an emergency escape module that will allow everybody to safely glide back to Earth in the event of a malfunction.

But if you want to be part of this life-changing experience, make sure to bring your checkbook. Tickets are priced at about $75,000 per person for a four-hour excursion.

Named by Lonely Planet as the “must-visit country for 2016”, this central African nature features wild Africa at its best, including open savannahs filled with elephants, antelopes, and lions.

Also recommended were the Okavango Delta and the Kalahari Desert, both “iconic African landscapes and vast stretches of wilderness”, according to the site.

Mostly dormant for generations, this volcano the southern Italian island of Italy has recently showed signs of life, most recently erupting with a plume of black lava and ash on December 3, 2015. Some seismologists are predicting that the volcano could have a major eruption at some point in the new year.

Speaking of active volcanoes, the volcano Kilauea on the Big Island of Hawaii has been pouring hot molten lava in the Pacific Ocean for decades now and shows no signs of stopping anytime soon.

Hawaii’s Volcanoes National Park allows visitors to observe Kilauea, Mauna Loa, and other volcanoes up close. How close? Close enough to feel the heat of the fiery rock as it rolls past your toes.

While you’re there, make sure to check out Hawaii’s tropical jungles and white sandy beaches, as well as the rest of this island paradise.

If you’re afraid of heights, you probably won’t want to visit this one of a kind observation deck that features a Plexiglas floor more than 103 stories above the ground.

The capital of Vietnam has the distinction of being one of the most exotic cities in Southeast Asia and one of the most affordable. Historic temples and ancient ruins sit side by side with some of the most modern and contemporary architecture found anywhere, making it one of the most unique places on the planet.

Author Bio – Micheal Dillard, the author of this article writes on behalf of InsanelyCheapFlights.com, a travel website for some of the best deals on car rentals, airline tickets, cruise packages etc.